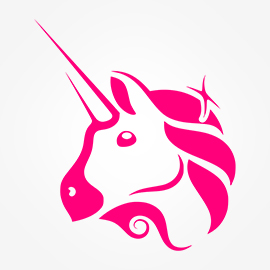 A brief introduction to uniswap

Traders can exchange Ethereum tokens on the UniSwap platform without relying on intermediaries. Such as individuals or companies operating centralized exchanges.

Like other blockchain projects, the platform has its token with the UNI symbol. Furthermore, all users can lend their cryptocurrencies to unique storage resources called liquidity pools. And receive a fee for providing the required liquidity to the pools. These people are called liquidity providers (LP). To learn more about the UniSwap mechanism, it is necessary to be acquainted with the decentralized exchange.

Decentralized exchanges (DEXs) have been the backbone of the cryptocurrency market for many years and have been around since the birth of Bitcoin.

They have brought in the possibility of fast exchange and payment (converting crypto to fiat currency).

Simply put, smart contracts allow two or more parties that do not know or trust each other to bind their mutual obligations without needing an intermediary.

Decentralized exchanges (DEX) like UniSwap do not require intermediaries to enable users to trade and are managed using smart contracts. Crypto exchanges can be divided into three general generations.

In the second generation, i.e., the first decentralized exchanges, the user experience could have been better, and liquidity could have been higher. Thanks to the emergence of more advanced platforms like UniSwap, DEXs have become a liquid trading market.

The Ethereum Foundation provided funds to Adams to build a team of about ten members. To advance the project of building a decentralized exchange with new and different features.

The Ethereum Foundation provided funds to Adams to form a team to promote the development of a decentralized exchange with novel and innovative features.

UniSwap started operating in November 2018, and in less than two years, it has attracted much attention. In mid-2019, the Uniswap development team raised $1 million in funding with the support of Paradigm. With this capital, the second version of UniSwap was released in 2020.

What is the purpose of UniSwap?

Uniswap was born from an idea proposed in 2016 by Vitalik Buterin, the creator of Ethereum for a decentralized exchange. Vitalik Buterin developed a concept involving an Automated Market Maker (AMM) with special features.

A year later, in 2017, Hayden Adams set out to turn this idea into a functional product. After receiving multiple grants from the Ethereum Foundation, Adams launched UniSwap in November 2018.

At that time, a large amount of liquidity was pouring into the exchange rapidly, and UniSwap experienced massive trading volumes. Initially, Adams created a Proof of Concept system. Which included a smart contract and an initial draft on the project site. The contract had only one liquidity provider and was designed for a simple Swap.

This was the first step towards the automated market maker concept and the endless potential of Ethereum. Hayden Adams noted that major projects on the Ethereum network at the time had some characteristics of that network, But only some of them could use all these features. In addition, almost all of them were very complex and unreliable in terms of security. Therefore, Adams found UniSwap to be a  personal learning project and a powerful tool for people.

Comparison of the first and second versions of UniSwap

The first version was released in November 2018. According to the developer, this protocol will continue to operate as long as the Ethereum network exists.

The main problem with the first version of UniSwap was the need to send the right amount of Ethereum to send the liquidity provider token.

This feature allows users to withdraw as much as they want from the exchange without paying upfront fees. The primary advantage of flash swaps is that no initial capital or other restrictions are required to conduct multi-level trading. Another use is to provide leverage with initial capital.

The price oracle is one of the most important features of UniSwap 2nd Edition. Making UniSwap’s price feed even more decentralized and tamper-proof. Price oracles prevent manipulation by measuring prices. As a result, foreign smart contracts can calculate average swap prices at the right time.

How does UniSwap work?

UniSwap works based on the “Constant Product Market Maker Model”. This is a type of Automated Market Maker model. Automated market makers are smart contracts that maintain liquidity pools used by traders.

Instead, the fees paid to the pool by traders on UniSwap are distributed among them based on the supplier’s share. Providers create a market by depositing an amount equal to two tokens.

The trading pair can be Ethereum and an ERC20 token or two ERC20 tokens. Liquidity providers receive liquidity tokens representing their share of the entire liquidity pool. In other words, the pool’s share is determined based on the number of cash tokens available to each person.

How to make money with UniSwap

The purpose of UniSwap is not to make money, just as Ethereum does not pursue such a goal. Instead, they are decentralized systems and donate the resulting income to active members in the network; In UniSwap all fees are awarded to the liquidity providers for the pools. Currently, the fee is 0.3% per transaction.

Yield farming means staking or lending digital assets in order to generate high returns or rewards in the form of cryptocurrencies.

This innovative Decentralized Finance (DeFi) program has recently grown in popularity thanks to innovations such as liquidity mining. Yield farming is currently the biggest growth driver for the nascent DeFi, helping it grow from a market cap of $500 million to $10 billion in 2020.

In short, yield farming protocols encourage liquidity providers (LPs) to lock or stake their digital assets in a smart contract-based liquidity pool. These incentives can include a percentage of transaction fees, lenders’ interest or profits, or a sovereign token.

These returns are defined as Annual Percentage Yield (APY). The higher the number of investors, the lower the return value. At first, most yield farmers were staking valid coins such as Tether (USDT), Dai (DAI) and USDC.

However, the most popular DeFi protocols operate on the Ethereum network and provide sovereign tokens for mining liquidity. Liquidity mining happens when users of DeFi protocols receive the native tokens of that protocol as a reward in exchange for cooperation in the protocol.

After years of successful activity in decentralising digital currency transactions, Uni Swap Decentralized Exchange introduced its token with the UNI symbol, allowing decentralized exchange supporters and activists to become part of the platform.

Uni Token holders can be described as a kind of UniSwap exchange shareholder authorized to participate in the decision-making process regarding significant protocol changes and development plans.

Shortly, the UniSwap development team will withdraw from the decision-making process, and only UNI token holders will be allowed to make decisions about the protocol’s future.

UNI was released for the first time in September 2020 and UniSwap used a new Airdrop method to distribute it.

At the time, the platform sent 400 UNI tokens (worth about $1,400 at the time) to all Ethereum addresses that used UniSwap.

The positive feedback and high acceptance of the airdrop by users have made this method popular for rewarding users in the heavily used DeFi space.

Following the impressive performance of the UniSwap decentralized exchange, the UNI token experienced many price volatility.

Factors that influence the current price of these tokens include things like the growth and advancement of this network and the increasing usage of the UniSwap token.

The popularity of the Uni Swap exchange, combined with the increased usage of the UNI token, has resulted in an increase in the token’s total circulating capital and  a high ranking on the CoinMarketCap website.

Considering the uni exchange project’s strength and plans for the future, we can suggest a positive trend for the future price of UNI. As mentioned, UniSwap distributed 400 UNI units among its users based on the number of users who were eligible to participate in the airdrop.

Since each user received 400 Uni units, considering the price of UNI Swap in the range of $4, the total value of this airdrop for each address in the early hours was estimated to be more than $1,500. Accordingly, UniSwap Airdrop can be described as one of the most valuable Airdrops in the cryptocurrency market.

In 2020, UniSwap price was almost constant, and its changes followed a neutral trend. This year, the highest price of UNI was around $8.75, and the lowest price was recorded at $1.69. However, this trend changed in 2021, and the UNI token experienced further growth.

During the first weeks of 2021, the value of each UNI token unit reached around $48, although after hitting this all-time high, the market has seen a drop in value and each UNI unit reached a price of $8.76.

UniSwap is a platform based on an automated market maker, where you can exchange ERC20 tokens and the Polygon network.

The Uniswap platform is considered revolutionary among digital currency exchanges. This platform introduced a new idea and solved the liquidity problem that was the problem of many decentralized exchanges.

The Uniswap project’s decentralization and open governance through its UNI token make it very popular among blockchain advocates who oppose big, centralized cryptocurrency exchanges. Uniswap’s liquidity pools are an attractive endeavour for investors who want to earn income on the cryptocurrency they already hold – without selling it. 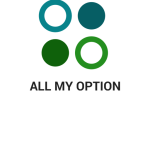